Over the past 7 years, Syria’s civil war has affected so many people around the world be it physically, mentally or emotionally. It’s certain that it would take a long while for the world, especially Syrians, to recover from this catastrophe.

Despite the duration of the war and the magnitude of destruction, not many people are highly aware of what’s going there and Floral Garage Singapore hopes to raise awareness of the situation while encouraging our readers to aid the families in Syria.

What Do You Need to Know About the Civil War?

How Has the Civil War Affected the Families in Syria?

Where do Syrian Children Sleep Source: The Gospel Herland 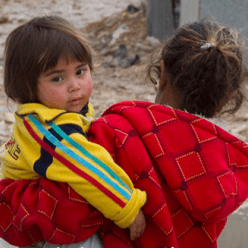 How Can We Help?

Although we might not be able to physically give them a helping hand, there are other ways you can help the families in Syria recover from the war. Floral Garage Singapore has recently partnered with World Vision Singapore to help raise funds for those in need. In 2017, World Vision reached over 2.2 million people, including nearly 1.3 million children.

We hope to raise $5,000 or even more to help those in need and we would greatly appreciate your help!

Your donation would be used to:

Source: Massachusetts Peace Action, What do Syrians Want? What should we do?

How Can You Donate?

**Payment either by PayPal, Debit or Credit Card

Floral Garage Singapore Will Support You

– Floral Garage Singapore would be personally donating $1 for every $10 donated,
– Get a discount code to thank you for your sincere donation. The discount code would be 10% of the amount you have donated.

For example, if you were to donate $50, you would receive $5 off our products on our website

– Screenshot the confirmation email of your donation sent by World Vision. WhatsApp the screenshot to receive your personalized discount code!

Floral Garage Singapore and World Vision Singapore strongly believe that every single donation, no matter the amount, is very valuable and would be greatly appreciated especially by the family in Syria. As an individual, we might not be able to change the world but we are able to change someone else’s world and that would make all the difference in the world.

“Small acts, when multiplied by millions of people, can transform the world”

Click here to learn more about how World Vision hopes to help those in need!

Get in touch with Floral Garage Singapore:

Floral Garage Singapore is a team of passionate floral hobbyist turned professional florists.
We operate via our online store: www.FloralGarageSG.com.